David Thompson received a B.Comm (1979) and LLB (1983) from the University of British Columbia.

He was called to the bar in 1984 and has practiced exclusively in taxation matters since 1985. David is a registered trust and estate practitioner certified by the Society of Trust and Estate Practitioners. David was a governor of the Canadian Tax Foundation.

David has lectured on taxation for the CLEBC, the CPABC, the CRA and at various professional development seminars including the national and provincial tax conferences of the Canadian Tax Foundation, the Society of Trust and Estate Practitioners and the national tax conference of the CPA Canada.

David was one of the founders of the Canadian Avalanche Foundation (now Avalanche Canada) and was a forestry contractor before becoming a lawyer. 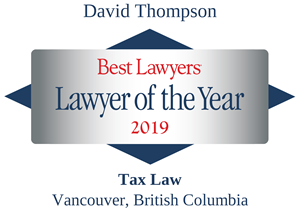 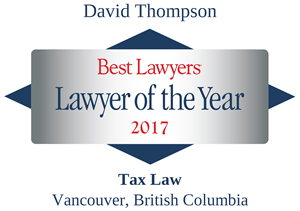 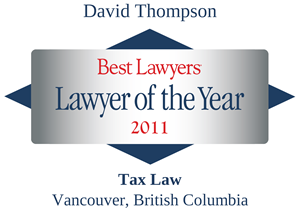